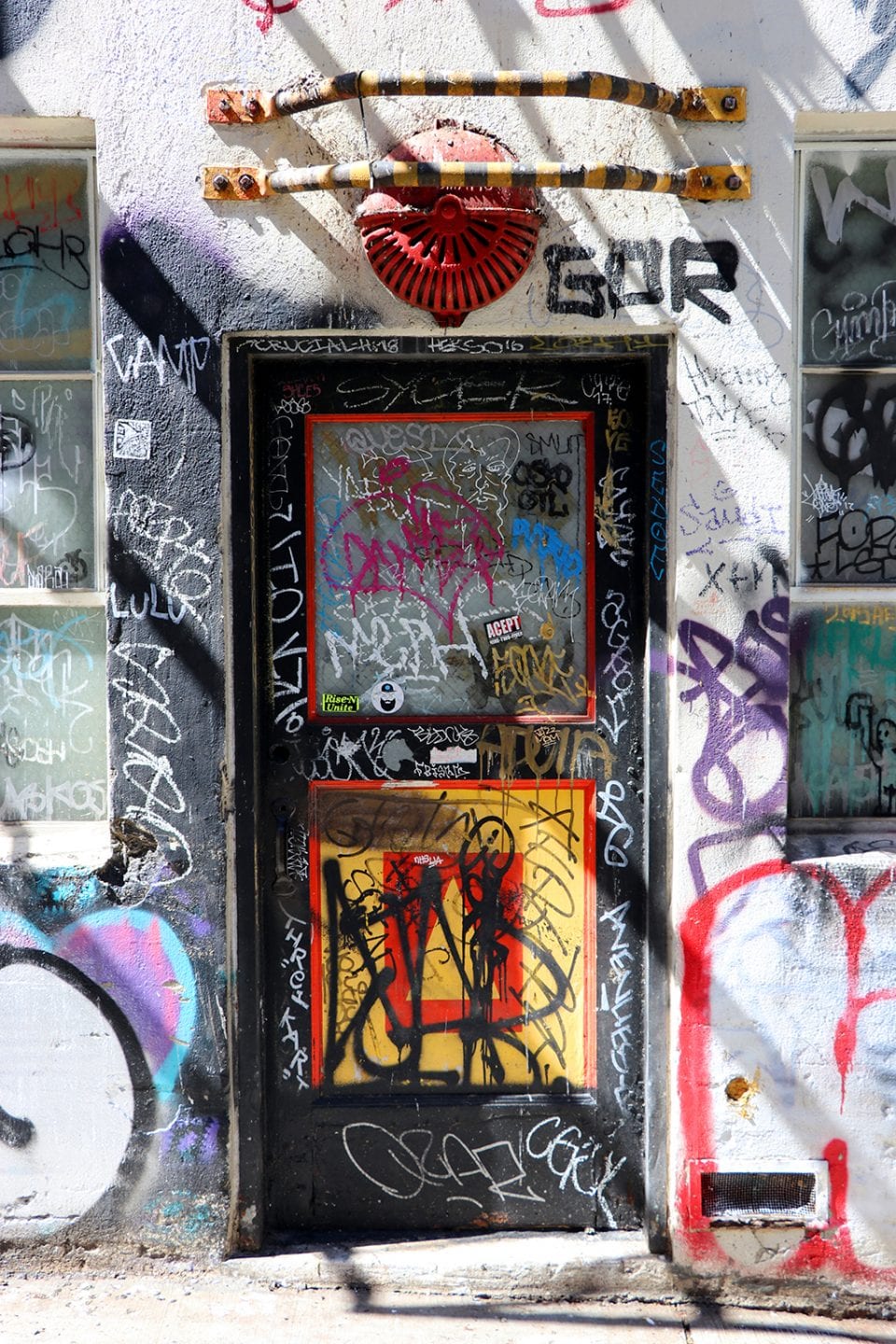 As recently as the 1990s, Belltown was still a scruffy neighborhood populated by the down-and-out, the elderly, artists and musicians, and assorted others. There were authentic dive taverns, flophouses, and a handful of nightclubs where the Grunge rock movement was nurtured. Set amidst these other ragtag businesses, even a noisy, smoky blacksmith shop fit right in.

Black Dog Forge was founded here in 1989 by Louie Raffloer in a tiny space of some 12 feet by 12 feet that was accessed through the back alley between 2nd and 3rd avenues. The shop then grew by taking over more space, and by 1991 Black Dog was producing high-quality metal work. The shop also had some extra space: a windowless 30-by-30 basement bunker that had served as a film vault in the Film Row days. Soon bands began using it as their practice pad. Pearl Jam helped soundproof it by attaching blankets to the exposed overhead water pipes, and they got the ball rolling. Seattle bands Soundgarden, Temple of the Dog, and the Presidents of The United States of America also used the space. The site also came to serve as a photography studio, and a recording studio. In 2017 the building went up for sale, and Black Dog and its co-owners Raffloer and Mary Gioia necessarily moved on, starting again as the Mary Reid Gioia Ironwork/Black Dog Forge on 5th Avenue.

Return to 2nd Avenue. Our next stop is on the same block as the old Speakeasy.