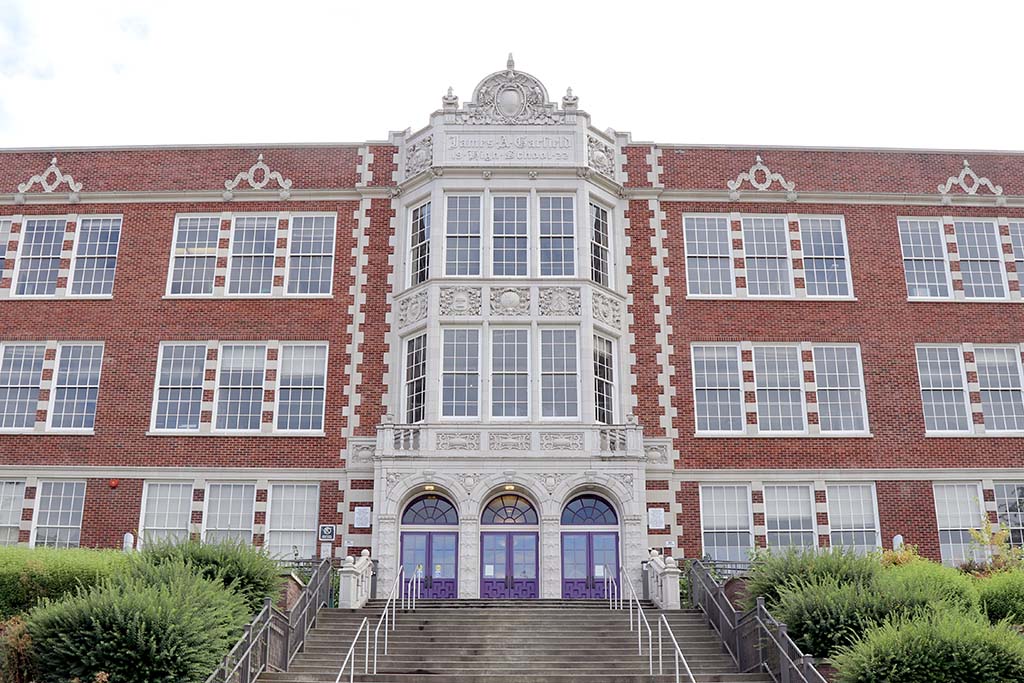 A humble building hosting a class of 282 students opened at this location in 1920. Three years later, after construction of a new building designed by architect Floyd Naramore, Seattle Public Schools established Garfield High School. From the 1930s, Garfield has served a diverse community. It has remained a hub of activism, led by Black students who made up about 50 percent of the student population by the 1950s. In 1968, Black students hosted Stokely Carmichael, then head of the Student Non-Violent Coordinating Committee (SNCC), and were inspired to start one of the first high school Black Student Unions in the state. Garfield is also widely known for its robust performing arts and music programs. Notable attendees and alumni include musicians Macklemore, Jimi Hendrix (honorary diploma), and Quincy Jones; Lynn Shelton (filmmaker and screenwriter), Minoru Yamasaki (architect), and Lindy West (writer).