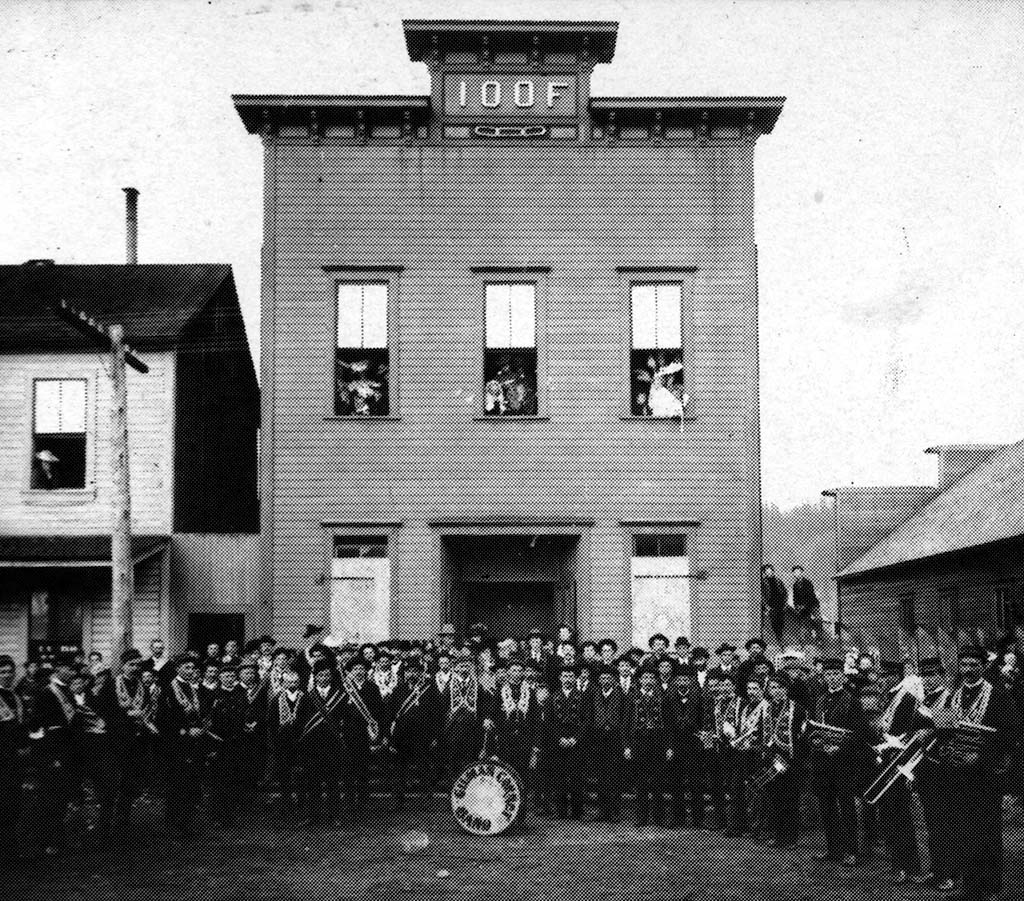 The Independent Order of Oddfellows (IOOF) Hall was built in 1888. It is said to be the oldest commercial structure remaining in Issaquah. The IOOF is a non-political fraternal organization formed in the U.S. in 1819 in order to provide financial benefits and protections to its members in an era before modern insurance or government-established protections. It also provided an important social outlet for its members and their wives, and by the early twentieth century, the IOOF had become one of the largest fraternities in the world.

The IOOF was similarly important in Issaquah. The local chapter, Gilman Lodge No. 69, operated out of the hall for more than 80 years, and it was the place to be for local plays and dances. The first movies in Issaquah were shown at the hall before the Issaquah Theatre building was built in 1913. The IOOF continued to host meetings at the building into the 1960s, and since then it has served as the home of various local businesses.