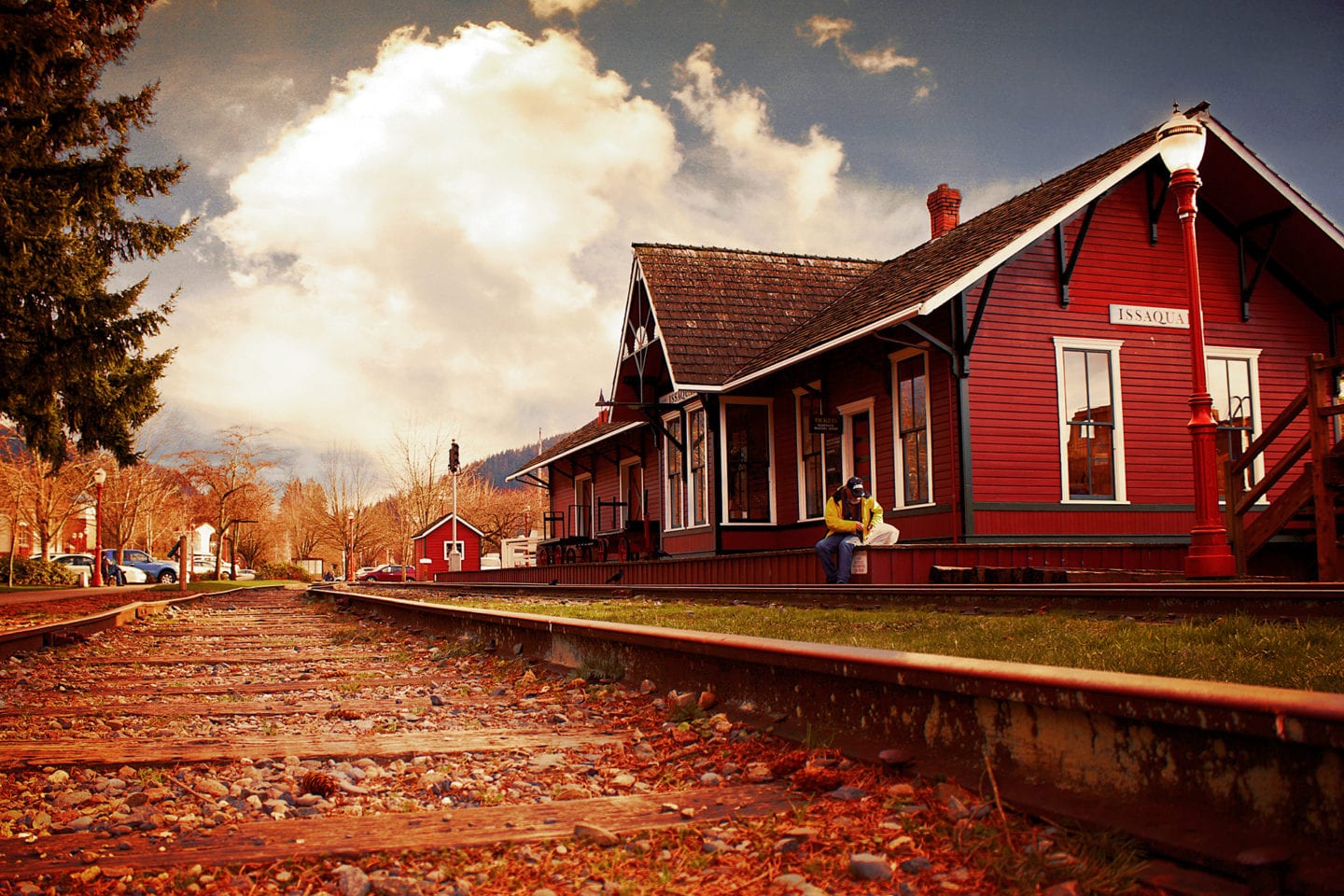 The Seattle, Lake Shore and Eastern Railway arrived in Issaquah in 1888, and a depot with the same name — but more commonly known as the Issaquah Depot — was built in 1889. The railroad’s arrival kick-started Issaquah’s transition from a tiny hop-growing town to a not-so-tiny town that soon became known for coal mining and logging. Operating from the depot, the railroad hauled thousands of tons of coal and logs a year and also made it possible for passengers to make a round trip to Seattle in just one day. The depot became so vital to Issaquah commerce that for a time it served as the business center of town.

The depot originally had two interior waiting rooms — one for men and one for women and children. These rooms were later altered to create living quarters for the station master. A freight warehouse occupied the southern half of the depot, and after passenger service ended in the 1940s, all of the building was used for storage. The depot was closed in 1962 and deteriorated until 1984, when it was bought by the city and extensively rehabilitated over the next several years. It was entered in the National Register of Historic Places in 1990.

Today the depot holds a small museum with exhibits that touch on the economic development of early Issaquah. The building’s freight room can be rented for special events. The depot is also home to the Issaquah Valley Trolley, a 1925 streetcar that originally was part of the transit system in Lisbon, Portugal. During “trolley season,” which generally runs between May and September, one can for a nominal fee enjoy a 1.2-mile, round-trip ride from the depot to Gilman Boulevard and back.