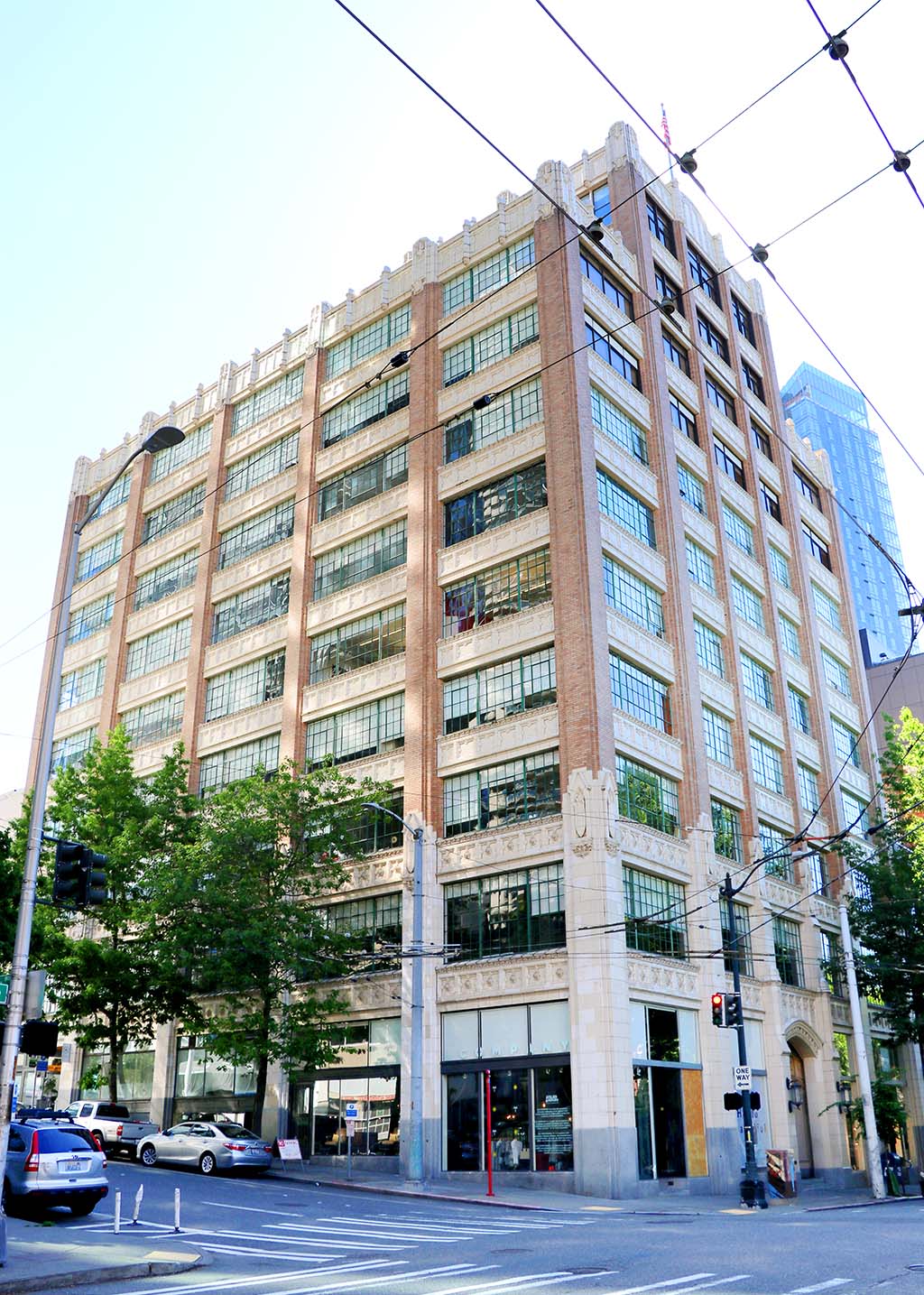 The Terminal Sales Building is an 11-story historical landmark designed in a terra cotta and brick Gothic-inspired mode by architect Henry Birman. Built in 1923 in an open loft format, it served as a sales and display warehouse that serviced department stores in Seattle’s retail core for decades. It later was the original home of Seattle’s most successful record company, Sub Pop. Founded in the early 1980s by Olympia’s Bruce Pavitt (b. 1959) as a fanzine and compilation-cassette project, Sub Pop issued its first LP, Sub Pop 100, in 1986. The following year Seattle guitarist Jonathan Poneman (b. 1959) joined Pavitt and soon record releases by local bands Green River and Soundgarden got the Grunge phenomenon rolling. In 1988 the pair incorporated Sub Pop Records LLC and moved into offices in the Terminal Sales Building. In 2003 the label moved a few blocks to its current headquarters at 2013 4th Avenue.

Walk north on 1st Avenue to our next stop.