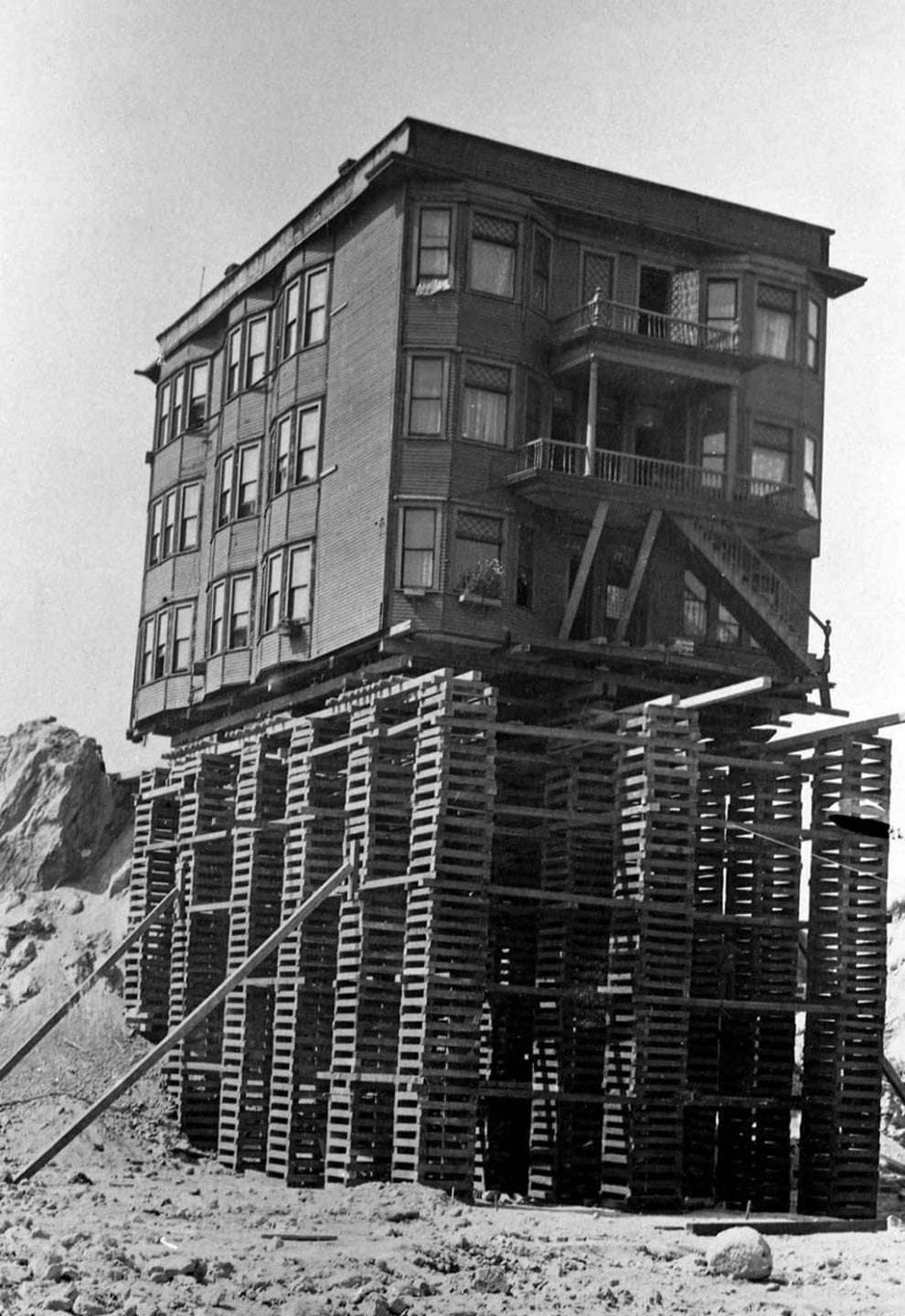 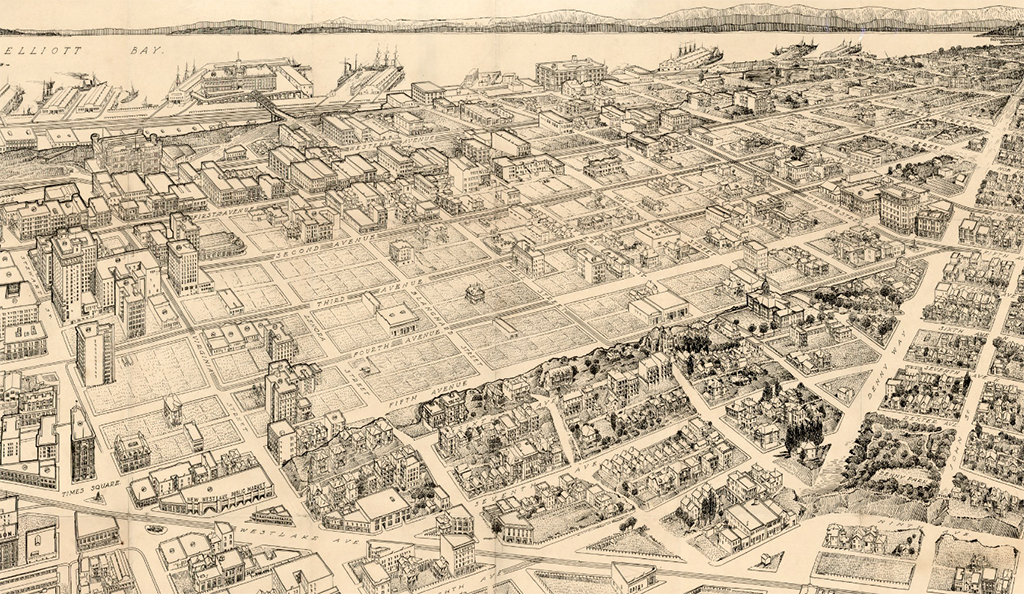 For this stop, you need to look to the south and imagine that The Cornelius (the 10-story brick building, one block south on 3rd Avenue) is a 100-foot-high mound of dirt.

If you had stood here in May 1910, you would be standing on the location where one of the most famous shots of Seattle was taken: the so-called spite mounds of the Denny Regrade. They were supposedly owned by people who objected to the lowering, or regrading of Denny Hill. We have no evidence that this is correct. The two western mounds were by owned by James Kelley, who was up north, working his placer, gold mines, when the city requested the paperwork needed for lowering his property. When he returned in September 1910, he told a Seattle Times reporter “I have lived too long in Seattle and the Northwest to be accused of being actuated by spite … [I am of] the belief that the Denny Hill regrade district should be rapidly improved.” The mounds were gone by early 1911.

The removal of Denny Hill was one of the great engineering projects of Seattle. It occurred in five stages: 1897 (along First Avenue); 1903 (Second Avenue); 1906 (2nd to 4th Avenues, Pike to Virginia Streets); 1908-1911 (3rd to 5th Avenues, Virginia to Cedar Streets); and 1928-1930 (5th Avenue to Westlake, roughly Broad Avenue to about 9th Avenue). During the regrades, more than 11 million cubic yards of sediment was moved, most of which ended up in Elliott Bay, unused for any purpose.

From here, turn around and head north on 3rd Avenue. Our next stop is two blocks up on the left.