Matt's in the Market

There are stairs between Oriental Mart (stop 17) and Matt’s in the Market (stop 18), and again between Matt’s and Il Bistro (stop 19).

Matt's in the Market 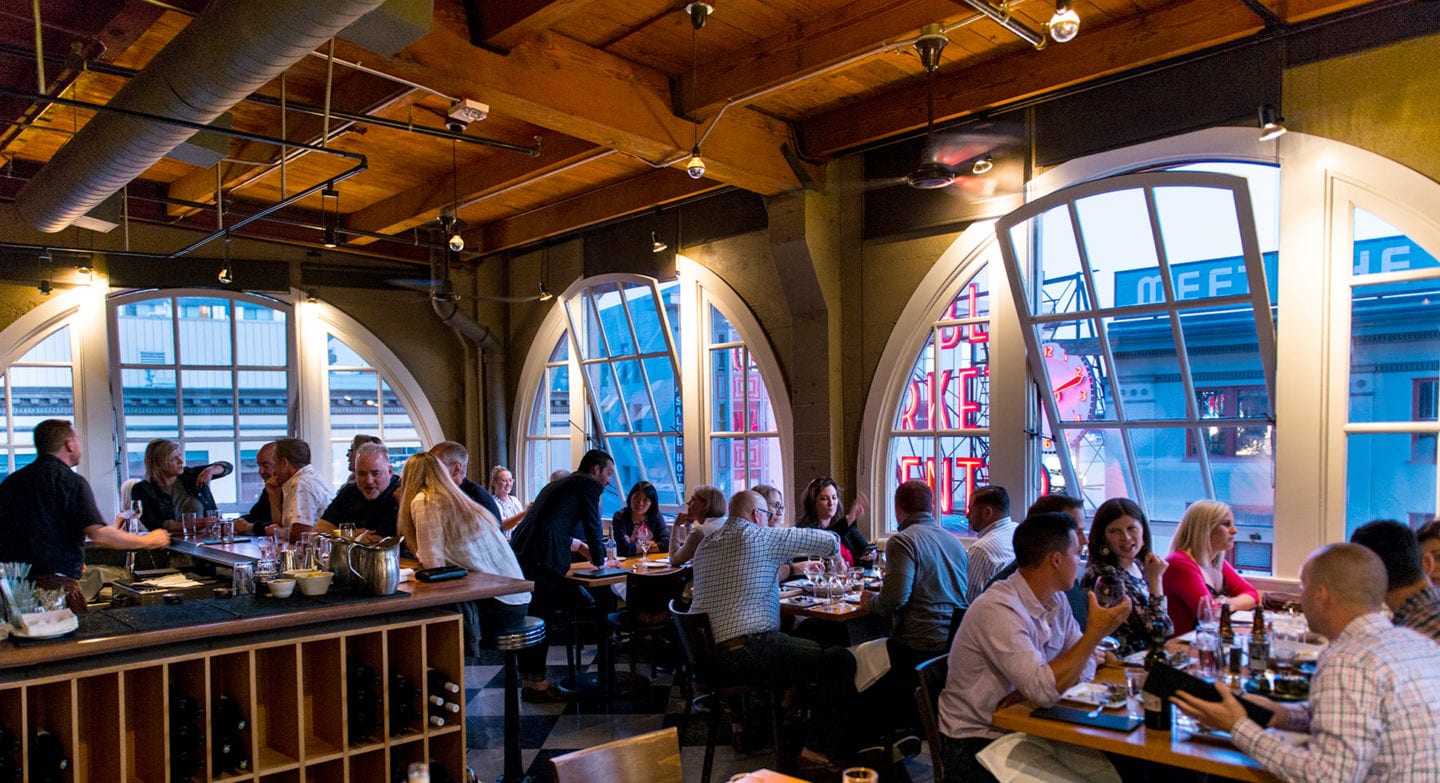 At tour stop No. 1 you stood next to the 1912 Corner Market with its distinct façade displaying graceful arched windows. Now’s your chance to have a look through those windows for some of the most quintessential Market views — the signature neon clock in one direction, and across the Main Arcade to Elliott Bay in the other.

In 1996, Matt Janke opened Matt’s in the Market in a tiny space that had previously drawn coffee hounds as Counter Intelligence (a sign from which now hangs over the bar at Matt’s). It could hold just a handful of diners, with a kitchen that was minimalist to say the least: a couple of burners, one small oven, very little prep space. It’s a scenario in which the chef’s skills and the quality of ingredients are paramount. Both were spot on: it was a hit.

After breaking through a wall and expanding into this gorgeous corner space (previously used by a dating service), the restaurant has been in this new home since 2007. The northern part of the room, where you see the kitchen, was the original footprint — just one-arched-window’s width. Despite now being in a larger space, the Market-driven ethos is still very much in play. Current owner Dan Bugge is a former Market fishmonger; not only does he have a keen sense for quality seafood, he has a direct appreciation for the culture and character of the Market.

Walk back down the stairs and head across Pike Place toward the clock; facing Rachel, to your left will be a nearly-hidden stairway taking you down to a narrow cobble roadway below.