The route from The Tasting Room (stop 10) to the Virginia Inn (stop 11) includes a short but steep walk up Virginia Street. 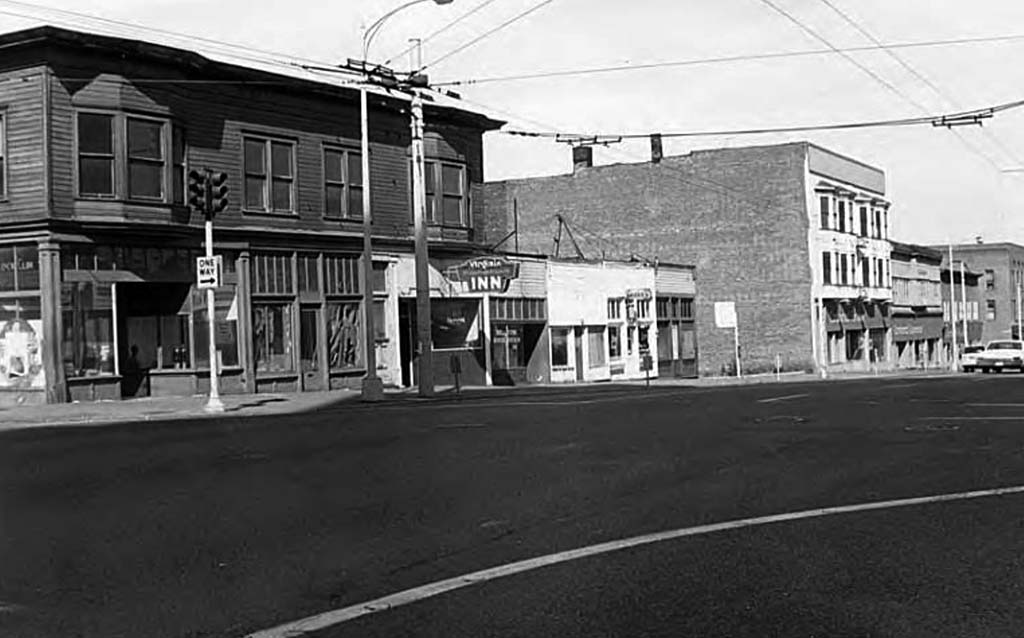 The Virginia Inn is the oldest food establishment operating in the Market, having opened four years prior to the Market’s first day. It has been ensconced at this prime corner location since 1903 as part of the Hotel Livingston, which opened in 1901. The VI, as it’s known to many regulars — some quenching their thirst at its original mahogany bar for going on decades — was originally about half its current size, having expanded southward in 2008. In addition to that bar, its hexagon floor tiles and the neon sign hanging from the distinctive rounded corner of the building are original décor elements.

This Market original has evolved over the years, updating its menu, adding art displays and events, but none of it so drastic as to distract from its timeless and eclectic character. In addition to rotating art displays are rotating beer taps, along with cocktails and wines to accompany its easy-going menu that they call Pacific Northwest bistro. No wonder it’s an old friend to many.

Your next stop is just next door.